"Music is not just a hobby for me, it's a passion. I try to tell some kind of story in every set and take people along emotionally. From high-energy to heartbreaking, I cover most of it in no time. Singing along is inevitable".

Florian aka FLOWZ is a bass music act from Cologne (DE).

Growing up in the Voreifel near Düren, he already had a desire for music as a child and learned small pieces of music on his electric piano. In his youth, he played music on various internet radios, awakening his interest in mixing, and at the age of 13 he bought his first DJ controller.

After years of practice, more opportunities to present his music and the thought of not giving up hope have brought him to where he is now. His musical focus is Hybrid Bass, a style which describes a combination of Drum & Bass and Dubstep with Harder Styles. He can get very experimental, but will always remain harmonious, with a great mood and many surprising moments guaranteed.

His gigs have already brought him to many different clubs and festivals. Besides his sets at the WORLD CLUB DOME (DE) or the Electrisize Festival (DE), he has also played countless gigs at the Bootshaus (Cologne) and other clubs throughout Germany and internationally.

As a proud member and resident DJ of the 808 FAMILY, with which they have already won over Cologne, regular events of his own are also the order of the day. Here he is not too shy for any slot. Whether warm-up, peak time or closing, he adapts to every situation with confidence. 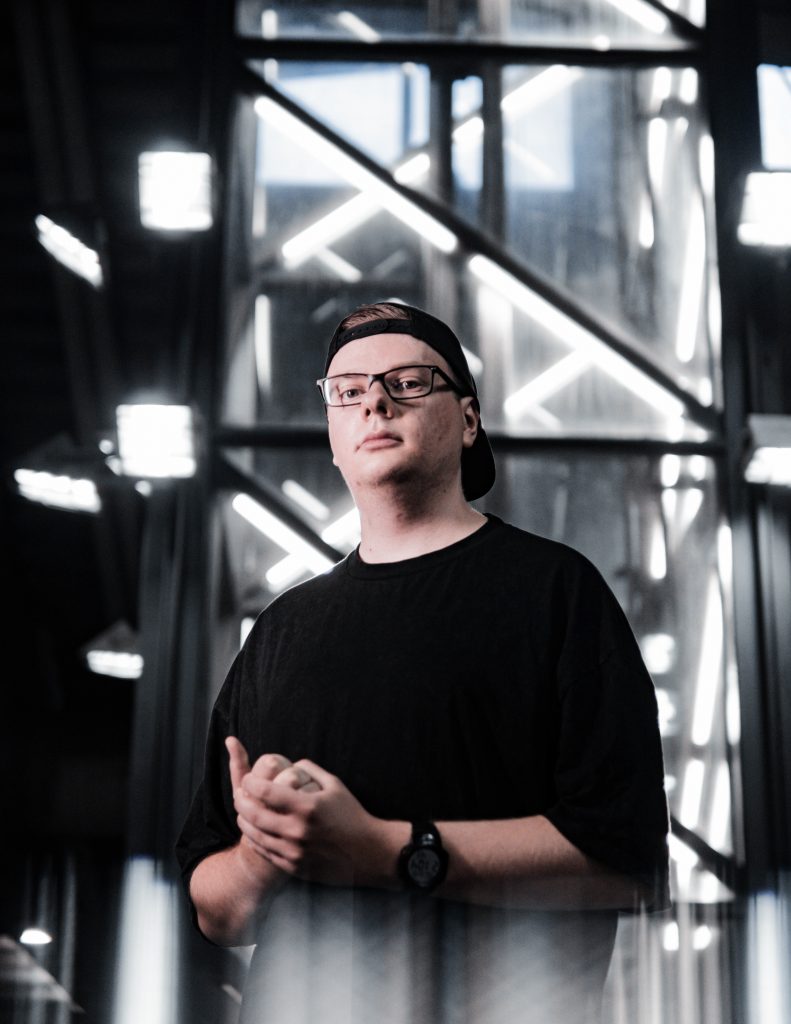