The future is now, and it is a grim one. From the depths of a city completely built for the 21st century a figure emerges. His name is Vypes. Armed with massive tunes and his guitar, he is ready to take you on a supersonic journey through various types of bassmusic.

Vypes draws his inspiration from many sources, which is why he doesn’t limit himself to just one genre. Artists such as IMANU, Skrillex and Getter showed him that you can make whatever you want, as long as you stay true to yourself.

At this point in his career, he draws a lot of inspiration from the subgenre of science fiction called “Cyberpunk”. Painting the picture of modern city life as the grim future, which 80’s movies like Blade Runner and Akira depicted decades before currently fuels both his music, as well as the aesthetics that go with it.

Electronic dance music has many faces, and so does Vypes. His DJ sets are full of surprises and take you on an intense, but dynamic journey through multiple genres of bass music. On top of that, he is able to play guitar during his gigs. This gives his sets an extra show element, which in the past has proved to cause quite a reaction from the audience.  Having played in multiple bands, greatly benefits his performance on stage, making him an entertaining figure to watch. 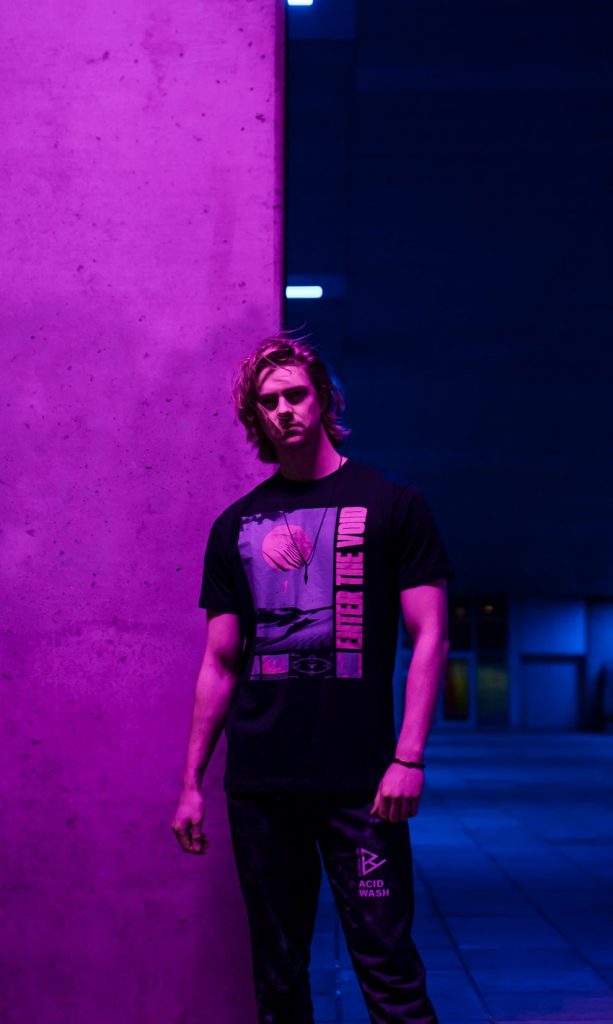